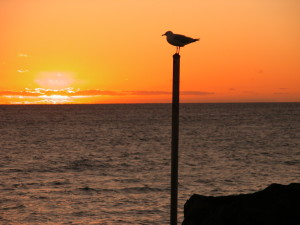 This is the first of a series of short articles about my experiences with the mining industry, in particular the environmental permit process. My focus will be on two cases in which I was involved, both in the marine environment, and both containing a mix of shoddy and exemplary work.

The two cases I was most heavily involved with were both in the territorial waters of Papua New Guinea (PNG). The first involved a “DSTP” (Deep Sea Tailings Placement) system, which is essentially a pipe, through which mine tailing slurry is pumped down to a depth where it is hoped to be relatively harmless. My job was to review the physical oceanographic work that had been done in support of the EIA (Environmental Impact Assessment). The second (and not yet operative) activity involves pulverising massive sulphide deposits in about 1500 metres depth, with material then being pumped with seawater to the surface, where it is to be de-watered and sent via barge to shore for processing.

At this point, it must be acknowledged that most people, myself included, agree that mining for metals is essential to our modern lives. Unfortunately, the history of mining has seen its share of disasters – there are innumerable examples of vast areas unnecessarily destroyed, rivers heedlessly poisoned for generations to come, birth defects as a result of pure callous disregard for the health and safety of the local people, livelihoods destroyed… the list goes on. And it continues to happen, despite modern environmental permit processes – and not just in faraway, under-developed countries. There is constant, unrelenting pressure to extract the most resource for the least outlay. The only way to counter that pressure is through eternal vigilance – in the form of water-tight environmental regulation and enforcement.

In the next and following articles, I will discuss the processes in some detail, and also discuss some recent and ongoing projects that are still controversial. I will primarily look at the physical oceanographic studies, to see what was good, and what was not so good; and consider how some of the earlier mistakes can be avoided in future.