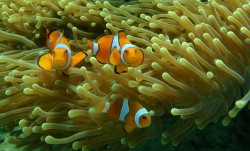 This is the third article in a series on the Environmental Impact Assessment process for proposed mining ventures that affect the marine environment. It was originally written by myself and the four other “expert witnesses” that testified in the Ramu Nico case (see article two). This is a minor re-writing and updating of the original article.

The dumping of mine tailings waste into the shallow coastal marine environment was heard before the National Court of Papua New Guinea, in a case that had far-reaching implications. At stake were the pristine waters of the Bismarck Sea and the livelihoods of many coastal inhabitants on one hand, and the future of mine waste disposal on the other: a number of other mine operators were reportedly waiting on the result before announcing their own plans for waste disposal.

The plaintiffs sought a permanent injunction against the marine dumping, which would require the mining company to use some form of on-land waste disposal. Specifically, the landowners feared that the pipe would leak waste into the local reef lagoon; that upwelling would carry a suspended fraction back up into the upper mixed layer and thence into the lagoon; or that the local fishery would be impacted by the discharges.

The National Court found in favour of the plaintiffs (1081 local landowners), primarily on environmental grounds. However, the decision was overturned 2-1 on economic and technical grounds, on appeal to a higher court. There was, however, one consolation to the landowners: an even larger mine in a nearby catchment, which had been considering dumping their waste into the marine environment, announced they had decided against it. Possibly the difficulties Ramu Nico faced had a part in their decision.

The newly-constructed Chinese nickel cobalt mine, coastal treatment facility, and submarine waste pipeline are now operative. The waste pipe runs 450 metres from the shoreline out to the 150 metre isobath. The bottom slopes are fairly gentle: about 12˚ or less from the shore out to 1300 m, where the slope is less than 1˚. For part of the way, the path is constrained by the walls of a submarine canyon (Basamuk Canyon, located 40 km due SE of Madang, PNG, at the eastern side of Astrolabe Bay).

The dominant large scale oceanic features are: the strong New Guinea Coastal Undercurrent that flows west along the coast at about 200 metres depth; the New Guinea Coastal Current that reverses with the monsoons; and a wind-driven upwelling plume during the SE monsoon that spreads along the PNG coast. In the vicinity of the mine outfall, none of these appear to drive massive large-scale upwelling. However, as we discussed in the second article in this series, diagrams in the EIA showed clear evidence of onshore drift near the seabed above the proposed outfall site. I interpreted the drift as a small-scale process occurring within the canyon, as opposed to the textbook upwelling that the authors of the EIA had focused on.

Upwelling was not the only matter of concern in this case. The lateritic Ni and Co ore refinery solid tailings were predicted to form a sedimentary apron within the submarine canyon and seaward between the 500 and 1500 metre depth contours, over an area of at least 150 km2 of ocean floor, to a thickness of tens of meters. The area in which this occurs is within the “Coral Triangle”, an area described by marine biologists as having the highest diversity of corals, fish, crustaceans, molluscs and marine plant species in the world. SE Asian countries (including PNG) have vowed to protect and conserve this region of exceptional biodiversity. This region is also the location of one of the few healthy tuna fisheries in the ocean. Aside from a few scattered bottom samples, virtually nothing is known about the deep area that will be buried in Fe/Mn rich silty clay refinery tailings that are enriched in a chemical soup of trace elements and refinery reagents. Submarine canyons are thought to be “hotspots” of poorly known biodiversity and biomass. Quite a significant fraction of the continental slope of the Astrolabe Bay/Vitiaz Basin may well be buried deeply in tailings waste. Regrettably, this method of deep sea tailing placement has already happened at Lihir and Misima Island, where significant areas of surface water and deep seafloor have been deleteriously impacted. 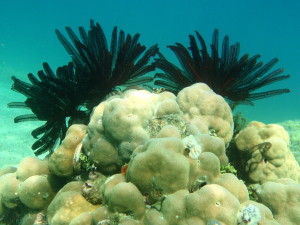 The mining company and its consultants argued before the Court that, because the site is located in a seismically active and high rainfall zone with sharp topography, a conventional land-based tailings storage facility (TSF) is too expensive. This is due to the heavy engineering which is required for site investigations, design, construction, operations and then decommissioning a TSF in these conditions. The fact, however, that they readily acknowledge that TSFs have been built in similar contexts around the world – and safely – is proof that the primary driver for preferring marine waste dumping is cost – certainly not any alleged environmental risks of marine dumping versus land-based TSFs (which can be addressed by a good TSF engineer). With an above-ground, land-based TSF, the waste remains above ground and can be easily monitored – and, if deemed necessary, remedial action readily taken. If tailings are dumped into the marine environment, it is inconceivable that any remediation could ever be undertaken practically. Put simply, a land-based TSF would be close to a hundred times as expensive (or more) to build than marine dumping – yet marine tailings disposal has been approved without any understanding of its long-term costs.

The ecotoxicity testing upon which the EIA was based contained a number of flaws and deficiencies that seriously under-estimated risk. Early toxicity tests were completed on temperate species using 0.45µm filtered tailings water. Other tests completed after proposed changes to the ore processing included the use of some tropical marine species using 22µm filtered tailing water. In the real world no organism will be exposed to filtered tailing waters. No tests exposed organisms to tailing filtrates for longer than 96 hours. No tests were completed to investigate trophic transfer to contaminants. No mesocosm studies were completed. All toxicity tests were conducted in static water as opposed to flow through conditions. No tests were completed on whole tailing toxicity (i.e. equivalent to sediment toxicity tests) even though this was a recommendation made in a sub-consultants report. Furthermore consultants recommended safe dilution rates of tailings water to protect 95% of species. However these calculations had only 50% confidence in their prediction – an enormous uncertainty that does not give confidence in ensuring that species will not be harmed.

The PNG Department of Environment and Conservation, by their own admission, were short on capacity, to either critically review Environmental Plans or to monitor the environmental performance of the mining industry. Indeed the department has been treated somewhat as a ‘rubber-stamping’ agency by the small number of environmental consulting firms that monopolise the sector. Despite warnings from both the Department of Fisheries and the Department of Mining about the problems in the miner’s EIA relating to adverse currents and the toxicity of tailings as far back as 1999, and despite several peer reviews and external assessments calling for substantial modifications and new data (mostly unheeded), the project remained essentially unchanged from that proposed a decade ago. In a rather sad indictment of the parliamentary government response, the Environmental Act of Papua New Guinea was then revised implicitly to facilitate the dumping.

The case took a dramatic twist when Dr Tracy Shimmield, of the Scottish Academy of Marine Sciences (SAMS), took the stand on behalf of the mine owners, to testify that the best way to test for upwelling would be to start dumping as soon as instruments could be placed in the field to observe the effect. This, she suggested, would proceed for some months, after which instruments would be retrieved and upwelling and tailings dispersion assessed. It emerged that SAMS itself had been contracted to perform the fieldwork and analysis. Their affidavit further proposed that SAMS continue to monitor the behaviour of the tailings plume on the assumption that the tailings dumping continues indefinitely.

The SAMS affidavit strongly supported marine tailings dumping as an alternative to on-land storage, repeatedly stressing that the majority of the waste ends up in deep water. This logic has an interesting history. About a decade ago, in the face of a series of submarine tailings pipe breakages resulting in ecological and human health catastrophes, the proponents of marine tailings dumping began insisting that the practice be referred to as “Deep Sea Tailings Placement” (DSTP) in order to emphasise the final “deep and still” resting place of the majority of the waste. While the new title may detract attention from the pipe breaks and upwelling issues, it ignores the fact that abundant, and almost completely unexplored, life exists on and within the deep sea bed that is destroyed by burial. 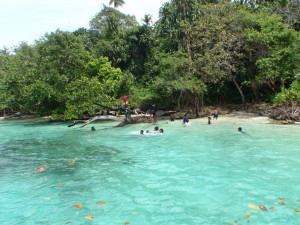 SAMS, a state-funded European institution, was paid by a foreign mining company and/or a foreign national government agency to not just monitor but to actively advocate in Court marine pollution on a massive scale (covering perhaps hundreds of square kilometres of seabed with potentially toxic waste), a practice which almost certainly would not be tolerated in their home country, while at the same time being paid by the World Bank to produce guidelines to govern when and how the dumping should be done – guidelines which (if followed) would have disallowed the particular mine outfall they hoped to monitor.

While scientific institutions increasingly have to chase the dollar to survive, as scientists we have to be able to say no when profitable consultancies become ethically questionable, or when our actions in faraway places can leave a poisonous legacy for generations to come.

Photo credits: Dr Amanda Reicheldt-Bruschett. All three photos were taken in the general vicinity of the Ramu Nico marine tailings dumping site, prior to commencement of operations.