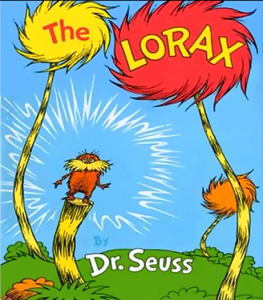 My final article in this series is entitled “Lessons learned, strengths and challenges of the EIA process carried out for Solwara 1, and perspectives for improving the process in the Pacific”.

The title was chosen for me by the organisers of the SPC-SPREP 4th Regional Training Workshop, 9th — 13th December 2013. SPC (Secretariat of the Pacific Community) is an intergovernmental agency based in Noumea, New Caledonia, with a broad charter for economic development of their Pacific Island member states. One of their main divisions is SOPAC, their Applied Geoscience and Technology Division. SPREP, or the Secretariat of Regional Environmental Programs, is a separate organisation based in beautiful Apia, Samoa. Their vision is “The Pacific environment, sustaining our livelihoods and natural heritage in harmony with our cultures”. Clearly, both organisations have an important role to play.

The workshop was held in Nadi, Suva. I arrived in Nadi with a conventional PowerPoint presentation which closely followed the themes in the previous article (Article #4). At some point after I arrived in Nadi, however, I decided to completely rewrite the presentation. The emphasis was changed considerably. Instead of focusing on scientific facts and figures, I talked about environmental values, heritage, exploitation, and pollution.

From the manner of various individuals towards me after my talk, I concluded that many present did not like it. I accept that I made a couple of mistakes due to the hasty manner in which it was prepared. And, obviously, the talk is unconventional and there may have been some that were offended by the tone, content, or certain places where I used artistic license to make a point (at the expense of precise adherence to literal fact). Perhaps I didn’t meet certain expectations based on the impossible positions the marine biologists are put in while working for Nautilus on the Solwara 1 project (basically documenting the possible extinction of much of the ecosystem). I joked at the start that I might tread on some people’s toes, and clearly I did just that. To any of those, please accept my apology.

By the way, if you think I’m exaggerating about the extinction of the ecosystem, I remind you that biologists themselves have driven a number of species to extinction. A recent near-example was the coelacanth, a so-called “living fossil” discovered off the east coast of Africa a couple of decades ago. There was such a craze for specimen-collecting, that after a few years, it was thought to have been actually driven to extinction by the biologists! Finally, a few more were found, and a ban was placed on further collection. But I digress. Please have a look at the slides, and next time you are reading about mining hydrothermal vents, spare a thought for the Lorax.

Lessons learned, strengths and challenges of the EIA process carried out for Solwara 1, and perspectives for improving the process in the Pacific SPC-SPREP 4th Regional Training Workshop, 9th — 13th December 2013